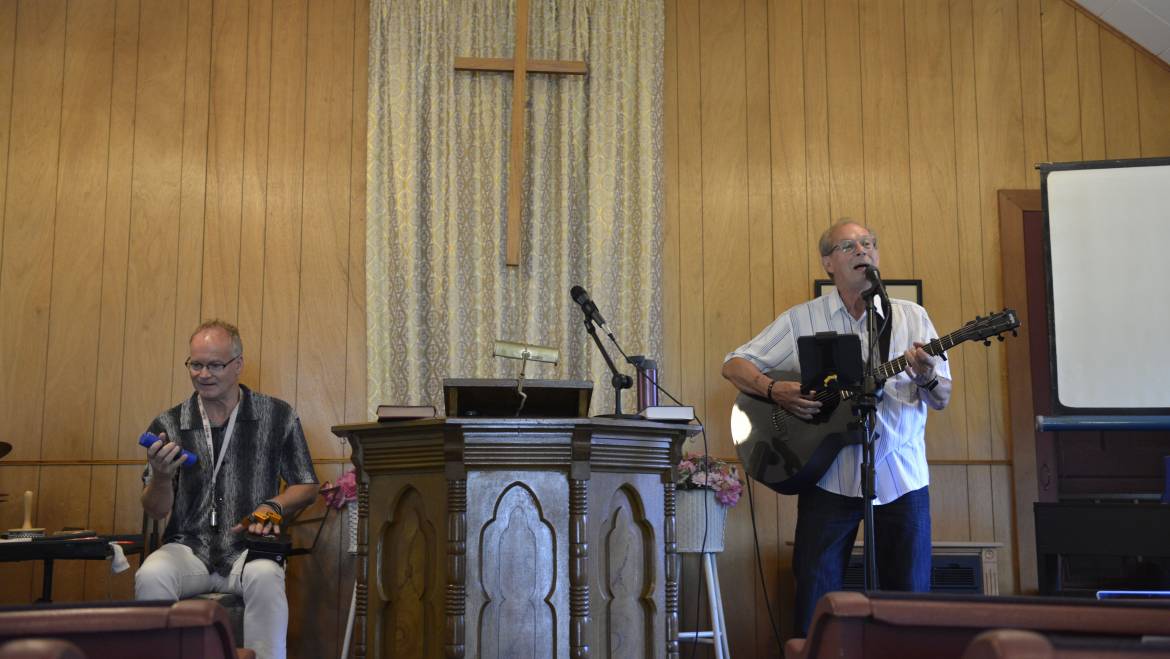 Today we were treated to a unique musical service featuring singer/guitarist Tom Rowe with his percussionist Scott Jackson. Music with a country flavour opened with You can’t live wrong and expect to die right.
We had an opportunity to sing along with a variety of spiritually-focused songs, some familiar and some of Tom’s originals.
His striking testimony spoke of a pretty wild ride for a small town kid who learned how to successfully rob banks. Eventually he was caught and convicted and he served time twice. It was during his second jail experience that the Holy Spirit touched him and he found Jesus as his Saviour. That awakening was triggered by his love for and talent in music and it led to a prison ministry and music ministry that finds him performing regularly in a variety of Christian venues. Tom realizes that it was forgiveness of the man who turned him in that opened him to letting God put his life together. Always an independent guy he tries to do things his way and he reminded us of a line in scripture that inspires him, Work out your own salvation with fear and trembling. The two phrases giving thanks and forgiving others are common to most of Tom’s original songs. As he puts it, “Forgiveness is our ticket”.
Tom finished with his own composition Are You Ready for His Coming?